The permanent museum exhibition is dedicated to the rich heritage of the Ljubljanica River. It features more than 400 original historical objects, found by archaeologists in the Ljubljanica riverbed and during the exploration of the remains of prehistoric pile-dwelling settlements on the Ljubljana Marshes.

The Ljubljanica River, which flows from its spring near Vrhnika across the Ljubljana Marshes, included on the UNESCO World Heritage List, and through Ljubljana, was only a century ago one of the main traffic and transport connections in this area. The richness of the archaeological finds, most of which were well-preserved on the riverbed, makes the Ljubljanica not just a Slovenian phenomenon, but also one of worldwide importance, in the opinion of Andrej Gaspari, an underwater archaeologist and one of the co-authors of the exhibition.

The famous 2000-year-old and 15-metre-long Roman logboat, one of the largest European finds of its type and the future main attraction of the exhibition, is not on display yet as it is currently undergoing a restoration procedure. However, the exhibition features a great number of other exceptional objects, which have been preserved in the Ljubljanica and within the Ljubljana Marshes since prehistoric times. These include a replica of the oldest wooden wheel in the world (approx. 3350–3100 BC). The original is usually kept at the City Museum of Ljubljana.

The major part of the Ljubljanica River exhibition consists of objects from the extremely rich archaeological collection of the Potočnik family. One part is dedicated to the history of Vrhnika and its surroundings from the Middle Ages until the present day, while the other is dedicated to the current sustainable coexistence of the inhabitants with the Ljubljanica River. 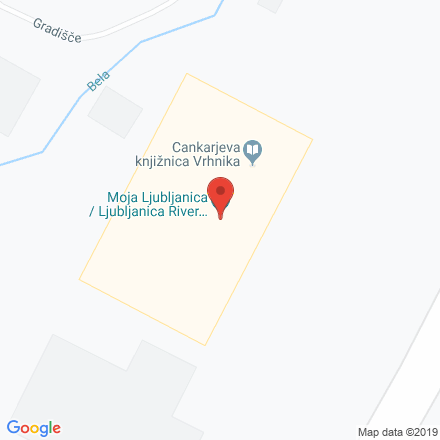