The Grand Hotel Union, set in a privileged central location close to the Old Town, is the largest convention hotel in Ljubljana. Built in 1905 in Art Nouveau style, it combines elegance and a long- term tradition in hosting successful events and prominent guests. The hotel features 327 comfortable rooms divided among the Grand hotel Union and Grand hotel Union Business part. An extensive renovation, completed in 2010, has revamped the property and enhanced its overall quality.

The Grand Hotel Union is especially proud of its stunning main hall, which was restored to its original splendour in 2002. The Grand Union Hall accommodates up to 800 delegates and additional space is provided in as many as 20 other halls and function rooms, which are suitable for corporate, association and governmental meetings, cultural events and diverse social gatherings, ranging from receptions to gala dinners. The refined cuisine and the attentive, professional service are also qualities to be stressed. Other hotel amenities include an indoor swimming pool, a sauna, fitness, a massage parlour, a business centre, and a secured garage. 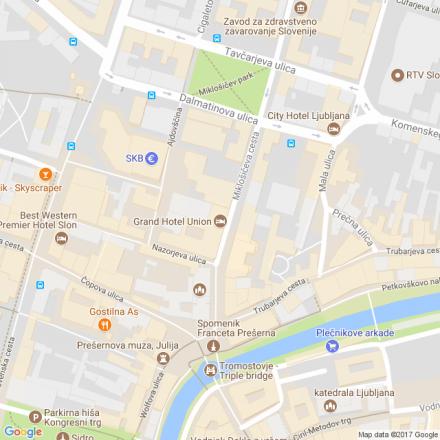 Load more Loading points of interest
Close navigation
About us