The National Museum of Contemporary History is a state museum dedicated to the heritage of recent Slovenian history, from the beginning of the 20th century onwards. It holds collections relating to the First and Second World Wars, the period between the two wars, the Socialist period, and the establishment of independent Slovenia. Exhibits include museum objects, archive and library materials, fine art works, and photographs.

The museum's permanent exhibition Slovenians in the 20th Century offers an insight into the seminal events, everyday life and historical documents of the period from the beginning of the First World War to Slovenia's independence in 1991.
The journey through recent Slovenian history takes visitors through six exhibition sections, from a First World War trench, through the time of the Kingdom of Serbs, Croats and Slovenians, past the conflagrations of the Second World War, through the turbulent post-war period and the time of the socialist regime and economy in the Socialist Federal Republic of Yugoslavia, and further on to the time of Slovenia's independence.

The National Museum of Contemporary History is housed in Cekin Mansion (Cekinov grad), a two-storey pavilion building located on the edge of the Tivoli park. It was built between the 1752 and 1755 on commission from Count Leopold Lamberg. The mansion's later owners notably included the family of Peter Kosler, a renowned cartographer who drew the famous Map of the Slovenian Land and Provinces (Zemljevid slovenske dežele in pokrajin) in 1863.

The exterior of the Mansion has a modest but refined late Baroque façade. Baroque wall paintings adorn an outstandingly beautiful hall on the first floor. In 1991, the interior was renovated by the architect Jurij Kobe, who took into consideration the building's original concept, but, on the grounds that the Baroque decoration was almost completely destroyed, decided on modern and functional design. The renovation also included the building of a communication tower in the courtyard and conversion of loft space.

Free for everyone visiting the Museum's permanent exhibition Slovenians in the 20th Century on the first Sunday of the month. 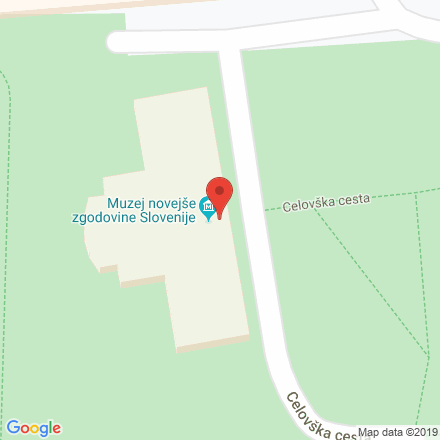