The Church of St. Michael, built between 1937 and 1940 at Ljubljana Marshes, belongs among the architect Jože Plečnik's most original creations. It combines the features of Greek temples with those of the churches of the Slovenian Kras region, which are characterised by open belfries as part of their front façades.

Due to the marshy ground, the church is built on piles. Its structure is partly made of wood. An interestingly designed stairway leads to the doorway in the church's slim belfry with multiple openings. The general design of the church was derived from Plečnik's design for the National and University Library in Ljubljana. Like the library's reading room, the church's nave lies transversely to the long stairway leading to it.

For cost saving reasons, the inside of the church, slightly reminiscent of Japanese Shinto temples, was built with affordable materials. The church's four supporting pillars, painted with geometric designs, were made from concrete sewer pipes. The rest of the elements of the interior were made of wood (donated by peasants from nearby villages), which gives the church a warm and cosy feeling to it. The most interesting furnishings are the altar and the chancel, the latter designed on the model of wooden balconies typical of traditional Slovenian farmhouses.

The building of the Church of St. Michael was a project which, in one way or another, involved Plečnik's entire family: his nephew Karel Matkovič was the local priest who commissioned the building; the architect's brother Andrej funded most of construction costs; the money left behind by Plečnik's deceased brother Janez was used to settle the remaining debts.

A tourist visit of the church is possible on prior appointment only. 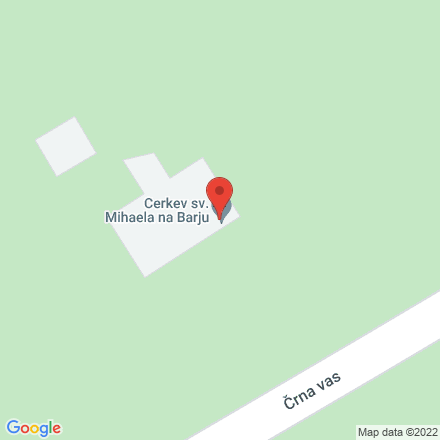