The Early Christian Centre occupied one of the Roman Emona's building plots, which usually measured from 3,000 to 3,600 square metres and were demarcated by four roads. The Centre was located in the vicinity of the Forum and the western town wall, the remains of which have been preserved in the Erjavčeva cesta road across the way from the Cankarjev dom cultural and congress centre. Like most of the buildings in Emona, the Early Christian Centre, referred to by archaeologists as Insula No. 32, was originally a private dwelling, later converted into a public complex. The remains of its foundations and original paving date from the 1st century AD, the time when Emona was first built. The earliest extensive renovation took place at the beginning of the 4th century AD. Renovated paving and newly built pools indicate that the building was turned into public baths.

In the second half of the 4th century, a colour mosaic depicting early Christian symbols was laid along the building's northern façade. Written sources suggest that at the beginning of the 5th century the building was renovated and converted into a centrally heated parish complex. A rectangular baptistery with a small pool was built next to the main courtyard, and to the south of it a large portico (covered walk) with a colour mosaic sufficiently preserved to reveal the name of its maker, Archdeacon Antiochus. The parish complex was pulled down at a time unknown. 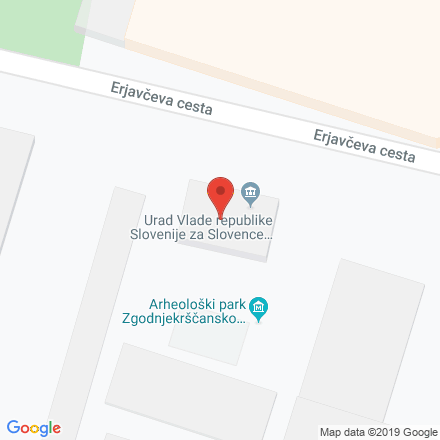