The Jakopič Garden, named after the famous Slovenian Impressionist painter Rihard Jakopič, whose studio overlooked the garden, is the site of the remains of a terraced Roman house built in the 1st century AD as part of a larger building complex. In the times of the Roman Emona, the building, now referred to as House No. 15a, used to contain four apartments with a large shared atrium.

The remains of the house, which used to cover 500 square metres, include an original 1st century floor indicating the distribution of rooms, part of a nearby road, and a cloaca (sewer shaft), which still serves its original purpose. The building was raised three times, for the last time between the 4th and 5th centuries AD. On view at the Jakopič Garden is evidence of all the three upward extensions.

The north-facing main entrance to House No. 15 led to a hallway from which one corridor led to a room with a central heating furnace, kitchen and flush toilets, and another one to a winter parlour connected to a smaller room, both of which were paved and centrally heated. The Roman central heating system was based on the principle of heating uderfloor chambers from which hot air was flowing through earthen pipes installed into plastered walls. The building's main room, a summer parlour, was paved with a two-colour mosaic typical of the 4th and 5th centuries. The remains of the house bear witness of the high level of development of the culture of living in ancient Emona. 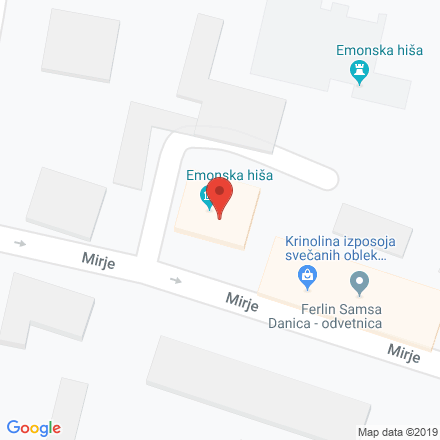