Zaprice Castle is a 16th century Renaissance mansion rebuilt in Baroque style in the 18th century. In the Reformation period, it was a place of refuge for the town of Kamnik's Lutherans. Since its renovation, the mansion, whose interior furnishings have unfortunately not survived, has been housing the rich collections of the Kamnik Intermunicipal Museum.

The small town of Kamnik experienced its heyday in the Middle Ages, when it was the capital of Carniola. The Kamnik Intermunicipal Museum brings together finds and historical materials from Kamnik and its surrounding municipalities. Its numerous historical and ethnographic collections include items dating from prehistory to the present day.

Particularly interesting are the permanent collection on herdsmen's life on the Velika planina high mountain plateau and a unique collection of Thonet bentwood furniture, which a factory in the village of Duplica pri Kamniku still made in the 1990s, being one of the last factories in the world to still make furniture using Thonet's method. The museum also houses a collection of stone monuments dating from the antiquity and the Middle Ages.

The meadow behind Zaprice Castle is occupied by an ethnographic park displaying granaries typical of the Tuhinj Valley as well as a fruit-drying house, a fruit crusher, and a fountain, all dating between the 18th and 19th centuries.

Granaries were historically used for storing grain, hay, small farm tools, clothing, and homemade craft items. Tuhinj Valley's granaries would often have a cellar, which was used as a sheep barn or a storage place for farm produce.

Summer season (from April to October):

Tuesday to Saturday 10:00−18:00. Closed on Mondays, Sundays and public holidays.

Winter season (from November to March) :

Museum tours and organized activities such as workshops and lessons are available to groups of at least ten people by prior arrangement. 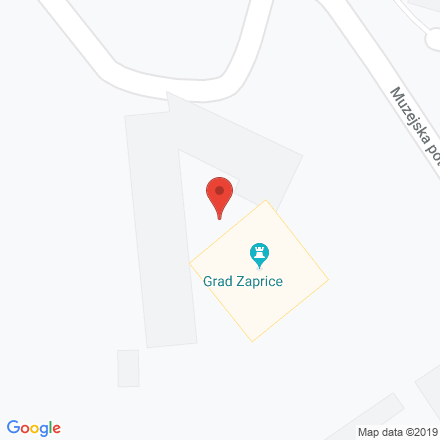