The display of the Roman Forum

The Roman Forum (Rimski forum) was the ancient Emona's rectangular central square occupying the site next to the junction between the present Slovenska cesta and Rimska cesta roads. It stretched between the Igriška ulica street on the west, Rimska cesta road on the south and Gregorčičeva ulica street on the north. Following the tradition of Roman forums, Emona's Forum provided space for a relatively large temple, believed to have been located on the site of the present restaurant Pod lipo, and statues of the emperor and influential citizens of the time. It was the place where state laws and decrees were announced.

In the 20th century, a residential quarter named Ferantov vrt (Ferant's Garden) was built on the site of the Forum to designs by the architect Edvard Ravnikar. The quarter includes a central square symbolizing the open space of the Roman Forum. In Roman times, arcades housing shops, inns and administrative offices were sited around the square.

The Jakopičeva galerija gallery houses a display of the remains of Emona's administrative headquarters, which include a part of an administrative building with an apsis, an unfinished copy of the capital of one of the columns from the Forum's inner colonnade, and the east side of a rotunda,, whose cylindrical outer wall makes part of the gallery's façade. 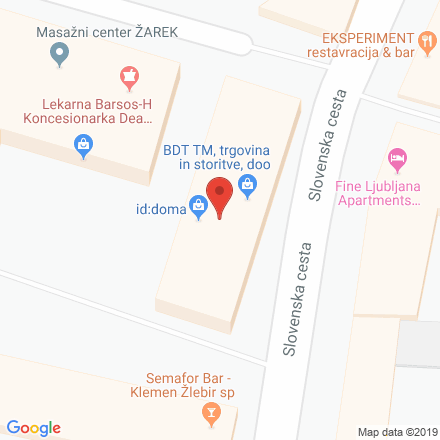