The Klub K4 club offers a varied programme of club events featuring minimal, house, techno, drum 'n' bass, breakbeat, funk, nu rave, electro, hip hop and, occasionally, rock acts. The club's philosophy is to transcend the boundaries of everything commonplace, conventional and stuck inside the trappings of genre, and promote new directions in music before they become mainstream.

Klub K4, one of Ljubljana's few clubs to offer quality events also on weekdays, celebrates its 20th anniversary in 2009. It is older than some of the world renowned clubs such as Berlin's Tresor or London's Ministry of Sound. 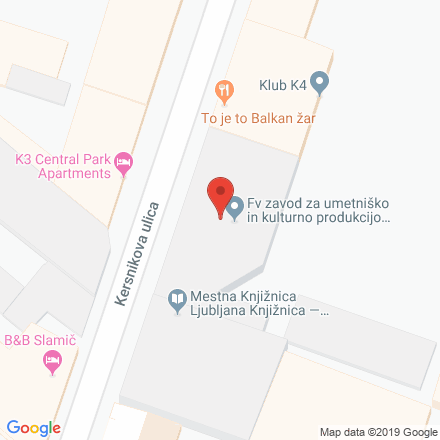