The Ljubljana Puppet Theatre (Lutkovno gledališče Ljubljana) is the country's premier institution committed to carrying on the long and fruitful tradition of Slovenian puppetry. Since its foundation in 1948, it has been located in a building which had previously housed the famous Slovenian Marionette Theatre, run by the founding father of Slovenian puppetry, the painter Milan Klemenčič. Apart from being home of the Ljubljana Puppet Theatre, the building also hosts theatre productions and cultural and educational events for children and young people. 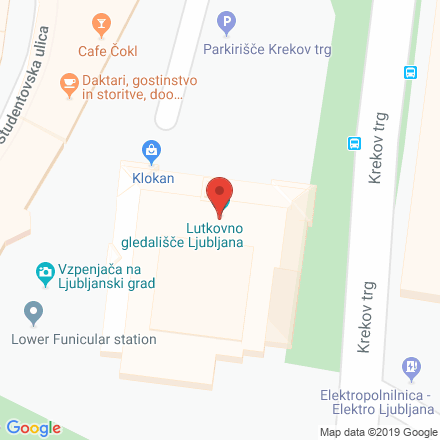