When in the early 1930s Jože Plečnik was preparing plans for Ljubljana's new town hall to be built in the Vodnikov trg square, his designs for the wider square area included a building to be constructed on a plot of land between the Poljanska ulica and Kapiteljska ulica streets which was, until the earthquake of 1895, occupied by a narrow house referred to as Peglezen (charcoal iron in Slovenian). A new town hall was never built, but the unusual designs for a new Peglezen building attracted attention of Matko Prelovšek, the director of Ljubljana's office of construction, and his wife Elza, who offered Plečnik to finance the construction.

The present Peglezen, built between 1933 and 1934, consists of several differing floors stacked on top of each other in a step-like arrangement. The fasade facing the Poljanska ulica street is characterised by various types of windows. On the side facing the Krekov trg square, the second floor includes a conservatory decorated with five pairs of pillars. The fasade facing the Kapiteljska ulica street is quite different, with windows arranged in a more dynamic pattern. The building has an interesting staircase.

The building is not open to tourists. 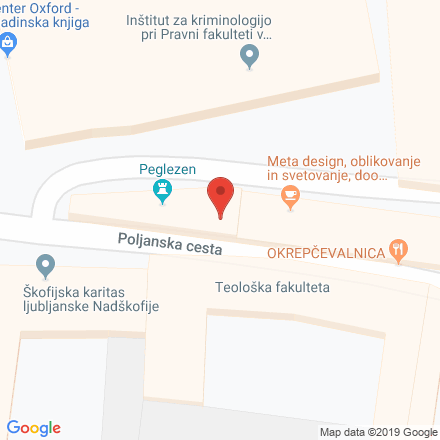