The Robba Fountain, one of Ljubljana's best known Baroque monuments, also known as The Fountain of Three Carniolan Rivers, stands at the edge of the Mestni trg square. It was created between 1743 and 1751 by the Venetian-born sculptor and architect Francesco Robba (1698-1757), who spent most of his life in Ljubljana and is considered to be the city's greatest Baroque master sculptor working in stone.

The Robba Fountain is modelled on famous Roman fountains. The sculptures of three river gods adorning it are believed to represent three Carniolan rivers: the Sava, the Ljubljanica and the Krka. The Fountain's ground plan is shaped in the form of Ljubljana's ancient three-leaf town seal.

The Fountain of Three Carniolan Rivers was Robba's last work in Ljubljana. While sculpting it, he became poor and as soon as the work was finished he moved to Zagreb. 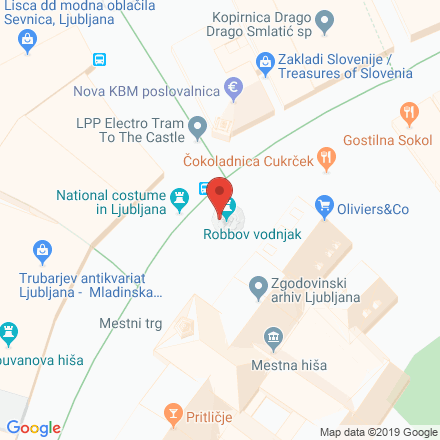