According to an inscription found next to the eastern town gate of Emona, on the site of the present Trg francoske revolucije square, the Roman town walls were built between 14 and 15 AD. The rectangular-shaped walls surrounding the town centre measured 2.4 metres wide and from 6 to 8 metres high. They included at least 26 towers and four main gates. The towers were erected at equal distances along the length of the walls and next to the town's side gates as extensions of Emona's roads. On all sides except the east, which was naturally protected by a slope descending towards the Ljubljanica river, the town was additionally protected by a double moat.

The wall shell was built from carved stone blocks bound with mortar and filled with a conglomerate of river pebbles, small rocks, sand and lime. The wall structure was so solid and robust that certain parts of the wall survived for as long as 2,000 years. The inner structure of the wall is visible in the Mirje suburb, the location of the part of the walls which stood to the west of the main southern gate of Emona. For security reasons some of the side gates had been walled up already in Roman times to ward off attacks from barbarian tribes. One of the surviving walled-up gates can be seen in the western part of the walls in Mirje.

In the 1930s, the town wall complex in Mirje was restored to a design by the architect Jože Plečnik. His additions to the surviving Roman walls include a stone pyramid, upward extensions of the walls, the gates to the wall complex, an arched vault covered in stone remains from nearby Roman buildings, and a park inside the walls. Also the colonnade next to the main southern gate is of non-Roman origin. The walls were renovated in the 1990s. 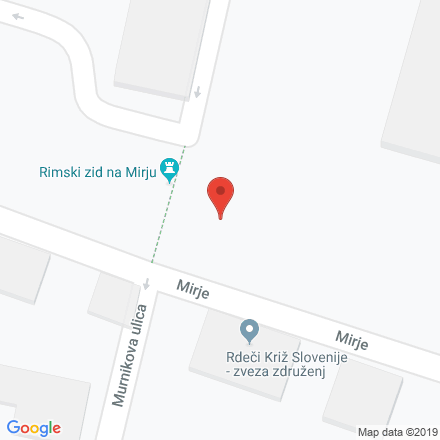