The Slovenian Cinematheque is not merely a cinema hall in which we encounter film history and where we can still hear the whirring of the film projector. It is not only a space that, in the darkness, addresses us with another reality and, in the beam of light intended just for us, draws us into a world that arouses our emotions.

The Slovenian Cinematheque is much more. A national museum in which we can get to know the art of film at exhibitions, discover it as cultural heritage and evaluate it with the help of a rich film collection and various film-related collections of carefully archived items with which film illusion used to be created. The largest classroom for the art of moving images, where curious minds of various generations, but above all young people that, in school, rarely come into contact with film, learn about the historical, technological, aesthetical, social and theoretical aspects of the making and the reception of films. The richest specialised library with film literature and a mediatheque in Slovenia and a publisher that ensures the publishing of scholarly and popular literature in the field of cinema. A laboratory that makes sure that cinema defies time, which eats away at film and thereby our historical memory. At the Cinematheque, we also restore films and thus contribute to the preservation of film heritage.

One of the most beautiful museums in the Coastal-Karst region. At the renovated Škratelj Homestead in Divača, the birthplace of the internationally renowned star of European silent cinema, the actress Ida Kravanja – Ita Rina, we set up, in cooperation with the Municipality of Divača, the Museum of Slovenian Film Actors and a permanent exhibition dedicated to Ita Rina.

These are just a few of the reasons to visit them at 28 Miklošičeva Street in Ljubljana. To watch the film that will expand your horizons or simply improve your day. To have a cup of coffee, read Ekran, a specialised film magazine that we have been publishing for decades, visit the current exhibition, browse the museum shop and take home one of our books. Or drive to the beautiful Karst and visit the Museum of Slovenian Film Actors.

Silvano Furlan Hall: Open every day except Monday during screenings one hour before the first performance until the start of the last performance. Closed: Mondays and public holidays 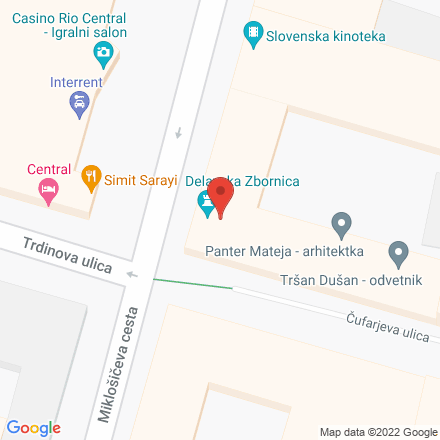