The ascent to the Šmarna Gora hill, 664 metres above sea level, takes from half an hour to a little over an hour, depending on the route taken. The top of the hill, accessible by 15 well-maintained, waymarked and mostly relatively easy routes, offers beautiful views of the Kamnik and Julian Alps, the Ljubljana basin and the distant Dolenjska region with Mount Trdinov vrh.

The hilltop is occupied by a restaurant and a Baroque church of the Mother of God, built in the first half of the 18th century. The church was the work place of the "Priest of Triglav", the legendary clergyman, composer and mountaineer Jakob Aljaž, born in the little village of Zavrh at the foot of the hill. Šmarna gora's oldest sight is a plague column erected by those who survived plague and the struggle with the Turks. Another attraction sited on top of the hill is a famous wishing bell, believed to fulfil the wishes of those who ring it.

The western peak of Šmarna Gora, called Grmada, is seven metres higher than its eastern peak. During the time of Turkish invasions, bonfires were lit on top of it to warn of danger. Across Grmada, a 4.5 kilometre nature trail leads to the top of Šmarna Gora. It is marked with information boards giving descriptions of 832 plant and 263 fungus species. 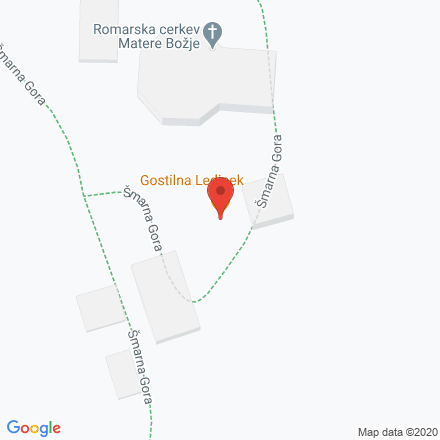