The bulk of the works included in the Centre's collection of fine art prints were created after World War II by some of the great names of the Paris School of the first post-war decades, members of the Cobra art group, artists from Eastern Europe and members of the Ljubljana School of Graphic Arts. The collection of artists' books and other art publications contains works by internationally renowned artists.

A rich collection of artists' books and other publications is available for public viewing and study on weekdays from 9:00 to 15:00. For more information call +386 (0)1 2413 805 or send an e-mail to breda.skrjanec@mglc-lj.si.

Experimental and popular fine art printmaking programmes have been organised at the Centre's printmaking workshops, which are equipped with the technology for making silkscreen, lithographic and intaglio prints. Since 2002, the Centre has collaborated with the Associazione Amici della Galleria Spazzapan in Gradiška on a three-week artist-in-residence programme.

The Ljubljana Biennial of Graphic Art, founded in 1955, is one of the world's largest and most renowned events of the kind. During its history it has received acclaim from artists, experts and public alike.

In the 13th century, a defence tower owned by the city's governor, Baron Jorg Alpfaltrer, was standing on the hill above the present Tivoli Mansion (Tivolski grad). The tower, known under the name of the Turn, was burnt down by the army of Ulrich II of Celje during his unsuccessful siege of Ljubljana in 1448. Baron Apfaltrer later built a mansion called the Podturn, which occupied the site of the present Tivoli Mansion. In 1601, the Podturn was purchased by Jesuits, who pulled it down and built a new mansion, which they used as a holiday home for themselves and their students. Later the mansion became first the property of the Catholic Church and then the property of the Provincial States.

In 1835, the Ljubljana Kazina Society opened a summer amusement park with a pub and a café next to the mansion. It was then that the mansion was given its present name. In 1852 it was bought by the Emperor Franz Joseph and let on a life-long lease to Marshall Joseph Radetzky. On this occasion the mansion was renovated. Its façade was redecorated in Classicist style and a number of new walking paths and gardens were opened to the public.

Embark on an exploration of Ljubljana castles' past and present. Save money by getting a combined ticket to Ljubljana Castle, Tivoli Mansion, Fužine Castle, and Cekin Mansion.

The ticket is valid for three days from purchase. 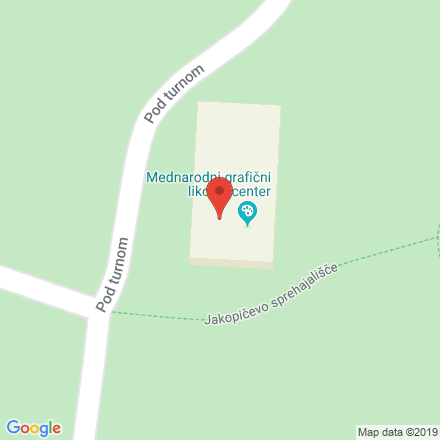