The original church of the Trnovo district was built by architect Candido Zulliani in 1753. The only surviving items from that church are a few paintings, including those of St. John the Baptist and St. Anthony by Valentin Metzinger.

The present church, which was built between 1854 and 1857, assumed its neo-Romanic appearance after the earthquake of 1895, when it was rebuilt by architect Raimund Jeblinger. The frescoes in the presbytery were painted by Matej Sternen and the altar paintings by Pavel Künl. Some of the furnishings, including the lamp of eternal light, were designed by architect Jože Plečnik.

The history of the Trnovo Church is connected with one of the best known romantic stories of Ljubljana. It was in front of this church that the Slovenian poet France Prešeren, one of the giants of the 19th century Romantic literature and the author of the poem later adopted as Slovenia's national anthem, first met his muse, Julija Primic, and fell in love with her.

Prešeren was hopelessly in love with Julija for many years, but the girl lived under the care of her strict parents and never returned his love. Prešeren dedicated to her a large number of his poems written in the sonnet form. 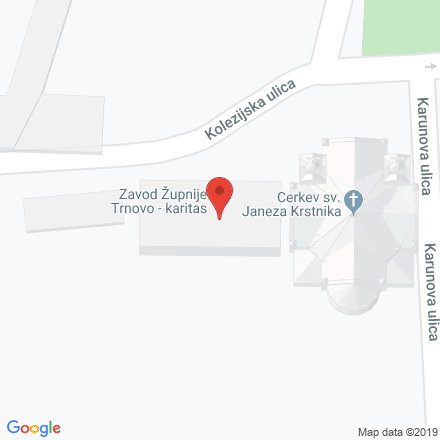