The Trnovski pristan embankment, with its broad stone steps descending towards the river, is a unique architectural creation designed by the famous architect Jože Plečnik. Being one of Ljubljana's most beautiful promenades, it has turned into a popular place for socializing over the recent years. Particularly young people, who often hang out there on warm summer days, refer to it as "Ljubljana beach".

The Trnovski pristan embankment stretches across the riverside area between the Prule Bridge and the point where the Gradaščica channel empties into the river Ljubljanica. In the past it was used for unloading the boats carrying stone from the Podpeč Quarry, intended for the construction of buildings in Ljubljana. Later, when the architect Jože Plečnik was commissioned to landscape the banks of the Ljubljanica river, the area was turned into a promenade, remarkable for its stone steps lined by a row of willow trees.
When Trnovski pristan was reconstructed between 2007 and 2009, the ageing willow trees were replaced by new ones and several new architectural elements, including uniquely designed wooden benches and street lamps, were added to complement Plečnik's original design and help create the vibrancy for which the embankment is known today. 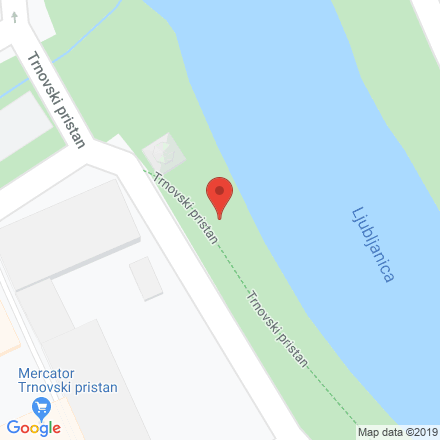