The Cankarjev dom cultural and congress centre, Slovenia's largest cultural institution, was built between 1982 and 1983 to designs by the architect Edvard Ravnikar. Its numerous halls, connected by a large foyer on the upper floor and a smaller one on the lower floor, are used as venues for concerts, theatre performances, film screenings and conferences.

The Cankarjev dom was a subsequent addition to Ravnikar's original plans for the Trg republike square. In order to prevent the building from being too tall, most of the halls were built under the ground. The above-the-ground part consists of three wings, a taller one in the middle and two lower ones on the sides. The façade is covered in white stone and ornamented with decorative folds on the sides. The monument standing in front of the building, shaped in the form of a multi-layer metal cube depicting the face of Ivan Cankar, the greatest Slovenian writer, was sculpted by Slavko Tihec. 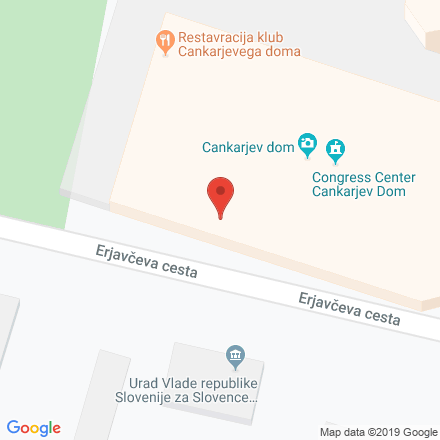